Is there a link between hot weather and the number of fires?

The summer of 2018 went down in history as the hottest on record for England. The notable dry and sunny conditions throughout June and July meant a higher risk of fires occurring. Did we see a large increase in the total number of fires recorded across Cambridgeshire & Peterborough? Data from Cambridgeshire Fire & Rescue Service has been analysed to produce an infographic higlighting the recent trends. 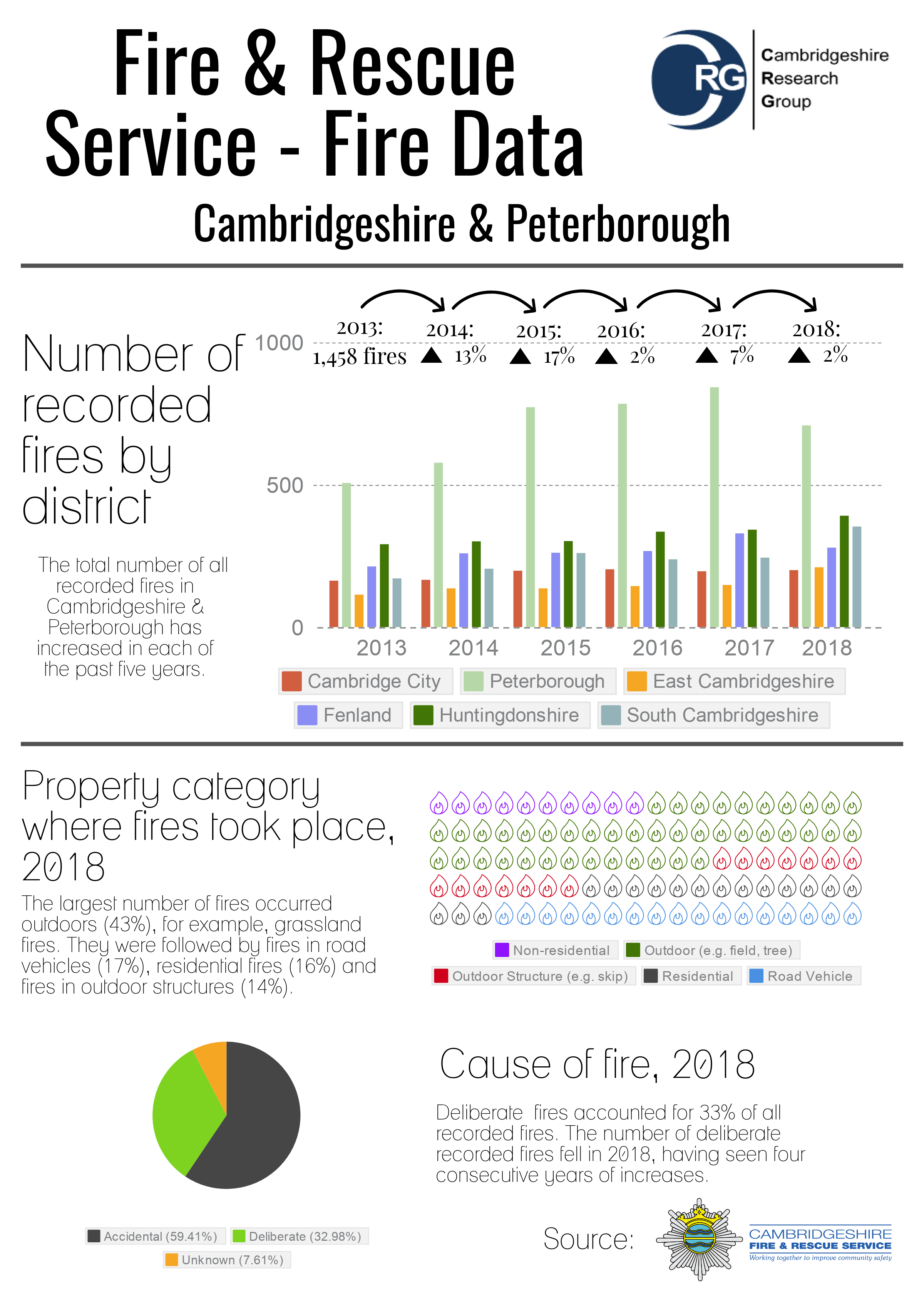 The data shows that despite the record high temperatures, the number of fires recorded across Cambridgeshire & Peterborough only increased by 2% in 2018. This continues the trend of annual increases seen in each of the past five years. However, it is the joint-lowest increase in the series. Nationally, the number of fires increased by 6% in the 12 months to September 2018 (compared to the previous 12 months). There were differences in the number of fires between districts, with South Cambridgeshire (45%) and East Cambridgeshire (42%) seeing large increases in 2018, however both had seen a relatively small number of recorded fires in 2017 compared to some of the other districts. Whereas Peterborough, which has tended to have twice the number of recorded fires than any other district, saw a 16% decrease in 2018.

This data can be used from a Community Safety perspective to inform the Community Safety Partnerships (CSPs) of where they may benefit from targeted intervention looking at reducing the number of fires. It is used in Strategic Assessments that are produced for the CSPs, to help inform potential interventions. This may be through work in schools to warn of the dangers of fire, as well as highlighting the importance of having a working fire alarm. You can download these assessments here.

If you have any questions regarding the above data story or the contained data within the infographic please contact research.group@cambridgeshire.gov.uk.

If you tweet about this story or the infographic, please tag @CambsInsight as we'd love to see how the data is used.